For the past 50 years, the world’s most renowned ecologists, climatologists, and other scientists – including more than a hundred Nobel Prize winners – have been imploring corporate and political leaders to curb global warming before it rises to catastrophic levels.

“Planet Earth is finite,” they warn. “Its ability to absorb wastes is finite. Its ability to provide food and energy is finite. And we are fast approaching many of Earth’s limits. Current economic practices cannot be continued without the risk that vital global ecosystems will be damaged beyond repair.”

These warnings, including the latest most urgent appeal by the UN’s International Panel on Climate Change, have been ignored. Not surprisingly, since the dominant global economic system –capitalism – depends for its very survival on the maintenance of unlimited economic growth, despite the inescapable catastrophic consequences.

Most governments have not only tolerated this corporate onslaught on the environment, but have actively subsidized and supported it. They have in effect become business-oriented minions, dedicated to putting the interests of bankers, major investors, and big industrial firms ahead of the public interest. They offer corporations the planet’s resources to plunder as they wish, with little or no constraints.

Given the dependence of all of Earth’s inhabitants – even the wealthy élite – on the planet’s basic life-support capacity, you would think that even the most eminent CEOs and billionaires would by now have started to have doubts about the infallibility of their “free market” doctrine.

A few of them are indeed having such qualms and are increasing their contributions to the food banks, but serious dissent from the prevailing business-knows-best ideology is financially risky and thus rare. So the scale of corporate pillaging continues unabated.

The current situation could be compared with that of people stranded 100 miles from shore in a large but leaking lifeboat. The leaky stern of the boat, partly submerged, is occupied by the third-class steerage passengers (the workers), who are up to their waists in water. The second-class passengers (the middle-management class) are a little better off, the water being only up to their ankles.

The most fortunate, so far, are those in first class (the rich and powerful), who are still snug and dry in the uplifted bow-section. They are also the only ones with guns, so they have appropriated most of the food and blankets for themselves. They care nothing for their fellow passengers, especially the workers in the stern, who are getting so weak that many can no longer perform the tasks they’ve been assigned: bailing out the water and pulling on the oars.

The middle-class passengers are treated a bit better, if only because they sit as a shield between the workers and the wealthy. They are given an adequate share of the food, but are expected to replace the underfed workers when they collapse and can no longer keep bailing or rowing.

If the prosperous plutocrats in the dry end of the boat weren’t so blinded by their ideology and upper-class status, they would see that their comfort and safety could not be preserved indefinitely at the expense of their fellow passengers. They would understand that the sensible thing to do would be to have all the passengers working together, cooperatively, to keep the boat afloat while they concentrated on rowing to dry land. They would share the food and blankets equally, would have everyone (including themselves) taking turns bailing and rowing. That way, they would all have a chance of surviving.

But these privileged members of the élite are so accustomed to giving orders, to living in luxury, to treating workers as inferior serfs, that they can no longer change their ways. Their zealotry is stronger even than their sense of self-preservation. So they continue to maintain in the lifeboat a society that mirrors that of the broader global economy – one based on power, greed, affluence, and competition, never on co-operation. They leave it to the wet, miserable workers in the sinking end to do all the bailing and rowing, with some help from the middle-class passengers. When a worker faints from hunger or exhaustion, they have him or her thrown overboard to lighten the load and delay the inevitable foundering.

When all the workers have gone, the middle-class passengers are forced to take over the rescue efforts, but by now so much of the boat is submerged that no amount of bailing can save it, and rowing to the distant shore is impossible.

Most of the plutocrats, however, are still dry, well-fed, and blindly complacent. And so it comes as a dreadful shock to them when the boat suddenly takes its final, fatal plunge. How could this happen to them? Hadn’t they done exactly what the tenets of capitalism and free enterprise had decreed? Hadn’t they won the no-holds-barred race to amass the most wealth and power? How could the poverty and sickness and misery they had inflicted on the lower classes have backfired to bring about their own demise?

And so they go to their watery graves, still unaware that the passengers in a leaky lifeboat can’t logically be divided into winners and losers. Either they all win, or they all lose.

Our planet is a lifeboat, too, for all the creatures that inhabit it. And it, too, is now “leaking badly.” But the top ten percent of the world’s population who have grown rich from pillaging the planet and impoverishing billions of their fellow human beings are still adamantly determined to carry on “business as usual.”

They remain oblivious to the deadly detrimental effects of plundering the planet and polluting its atmosphere, oceans, and soil. They live in palatial and well-guarded estates, far away from their victims, untouched as yet by the increasingly damaging hurricanes, floods, droughts, forest fires, smog, and other environmental “holes” they have drilled into our planetary lifeboat.

If these free-market fanatics who occupy the still “dry” prow are permitted – even encouraged – to continue their economic depredations much longer, the time left to heal Earth’s mutilated ecosphere will run out. The UN’s IPCC gave us another 12 years, nearly one of which has already expired with no sign that its warning will be heeded, any more than all the previous alarms were.

That’s probably because capitalism and a liveable climate are incompatible. Only one of them can survive. Any bets on that “lifeboat” ever getting safely to shore? 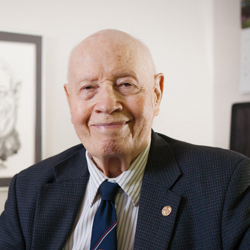